You are here: Home / About / Staff / Michael Duncan

Michael received his Bachelor of Science degree in Technical Horticulture with and Emphasis in Landscape Design and a Business Minor from Eastern Kentucky University in May of 1986. Upon graduation, he worked for Mr. Patrick Dwyer for approximately 2 years as a landscape designer for a local landscape design/build company.

Mr. Duncan went on to work for an Environmental Consulting Firm (5 years) and then practiced real estate in the Louisville area for approximately 10 years. Michael joined Dwyer DesignScapes in January 2004 in order to pursue his interests as a landscape designer after reconnecting with Mr. Dwyer.

Michael enjoys working with clients, many of whom have followed him through the years and continue to give him great referrals. He also enjoys working with his peers. Most importantly, he values the love and support of his close-knit family and friends.

He brings a unique point of view to the workplace by sharing a variety of experiences regarding his practice in the environmental and real estate industries. Moreover, he has combined total of 32 years of experience in the Landscape Design/Build industry.

Michael has contributed comments to the At Home Business Supplement of Business First titled “Taking Advantage of Shady Spots”, April 30, 2004, as well as “Garden Delight”, April 27, 2007, both by Marilyn Clark. 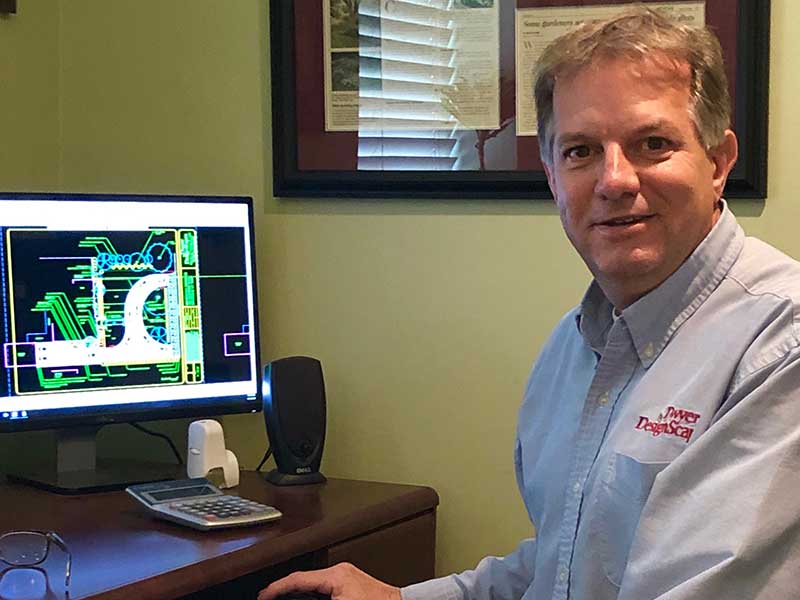